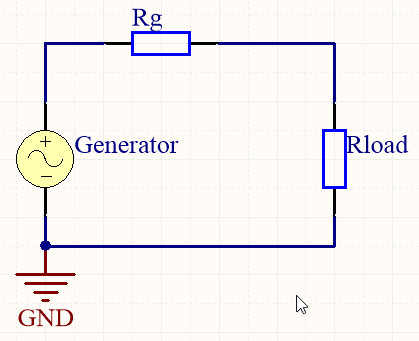 How to deal with bad tone caused by impedance issues.

I'm sure every guitarist has stumble across this word at least once. Impedance. An obscure black magic concept which can cause tone sucking, loss of treble or even burn an amp ! Let's learn what is impedance and why it is important to know its effects.

In electronical engineering, an impedance behaves like a resistance and follows the Ohm's Law. It is the ratio of the complex numbers representing voltage and current : Z = V/I. Almost every electrical circuit can be represented as a box with two input poles and two output poles, hence the name quadripole. For example, your common guitar pedal can be represented as a quadripole : it has one input connection for your guitar signal, and the ground connection, and one output connection for the output of the stompbox, and ground connection. A quadripole gets a certain voltage between the two input poles, and there is a current flowing from one to another. Same thing happens at the output poles. The ratios of each voltage and current give us two impedances : the input impedance and the output impedance. The generator at the output is just a way to show there is a relationship between input and output.

Usually that's the case, but when you connect a guitar (Zout ≈ 15kΩ) to a mixing desk line input (Zin ≈ 10kΩ), you have a lot of signal loss and a dull sound, due to the cable impedance. Oh yeah, they have impedance too ! Impedance can vary with frequency. Capacitors have a decreasing impedance with frequency (1/f) and inductors have increasing impedance with frequency (proportionnal to f). Because cables are made of two separated conductors, they have a capacitance wich varies with the length of the cable. This capacitance is a load at high frequency for the guitar, and acts as it was an impedance in parallel with the input impedance of the amp. That's why you can suffer from treble loss when you run long cables ! And that's why buffered bypass or buffer pedal are useful : they have a really low output impedance, and they can provide enough current to pass the audio signal without loss through the cable. Moreover, some buffered bypass pedals like my old Ibanez AD9 don't have a good quality buffer, and it is sometimes useful to put a buffer pedal just before to keep the treble in the tone.

Tube amps usually have different output impedances. You should always connect the output with the same impedance as the speaker to have the maximum transfer or power ! Moreover, in a vast majority of case, tube amps should always be connected to a speaker before they are powered on. Without a load, the current inrush in the power stage can easily arc the transformer or burn the output tubes. Be careful with your tube amps ! They cost too much to burn them with a dumb move.

To sum up this article, each piece of gear or circuit generating a signal has an output impedance, which should be low for if the signal is a voltage. Each piece of gear or circuit receiving a signal has an input impedance, which should be high for a voltage. When designing electronic circuits, knowing both the input and output impedance will help interfacing each circuit with the others. Impedance can vary with frequency and a mismatch of impedance can easily attenuate your sound or part of it. When talking about power, the input impedance of the load should be equal to the ouput impedance to ensure maximum power.